How Ronaldo reacted to question on Ballon d' Or 2019 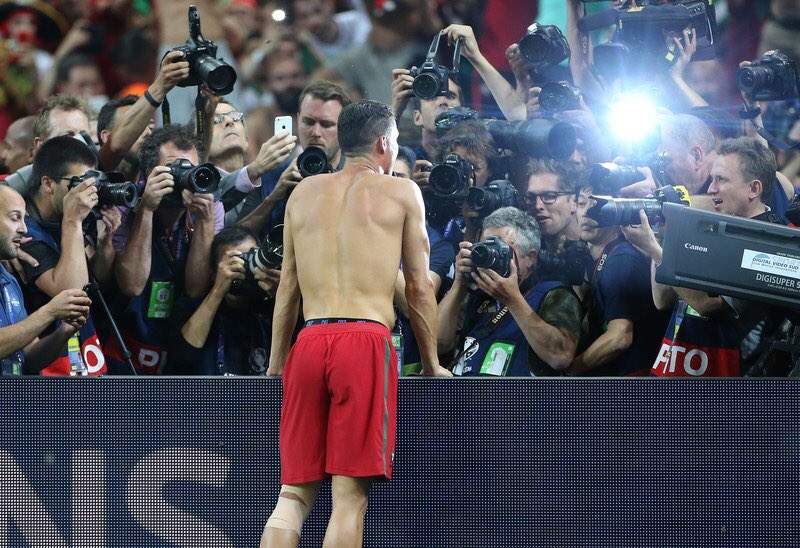 Portugal captain, Cristiano Ronaldo, on Sunday night said he will not speak on the 2019 Ballon d' Or, after his side defeated Netherlands 1-0 in the UEFA Nations League final.

The 34-year-old is widely expected to compete with Liverpool's Virgil van Dijk and Barcelona's Lionel Messi for this year's Europe top individual award.

Daily Star reports that in a footage, the Juventus superstar was asked by one reporter during his post-match press conference to give his view on who will win the 2019 Ballon d' Or.

But the former Real Madrid star quickly walked away, saying: "No, I will not speak about the Ballon d'Or."

However, Ronaldo's comment has since generated a lot of comments on social media.

"He doesn't want to talk about it because he won't win it," one supporter said.

Another fan commented: "Not the favourite to win it this year."

We reported that Cristiano Ronaldo led Portugal to defeat Netherlands 1-0 in Sunday's final to claim the trophy.

Goncalo Guedes scored the only goal of the game in the 60th minute after the first half ended goalless.

Not for him I guess
(Quote) (Likes)
Ferdinand Paul A Amadi

Thanks for the information
(Quote) (Likes)
Joyce Nyawosa Tukura

Thanks for the update
(Quote) (Likes)
Ayuba Usman

C Ronaldo have for my brother
(Quote) (Likes)
Kolawole Felix

Its honestly not good to answer such
(Quote) (Likes)