During a week in which President Trump’s war with Twitter was at the center of the national conversation, it might actually be a Tweet by a pop star that changes the outcome of the 2020 presidential campaign.

On Friday morning, Taylor Swift, one of the world’s biggest musical superstars, shared a 38-word Tweet admonishing President Trump for his provocative comments about the riots in Minneapolis. In doing so, she put the President on notice.

Swift’s social media post comes in response to the President’s Thursday Tweet addressing the ongoing riots in the wake of the killing of George Floyd by four Minneapolis police officers. Trump’s comment that “when the looting starts, the shooting starts” was a call back to racially charged words used by Miami Police Chief Walter Headley in 1967, and echoed the commonly used phrase by presidential candidate George Wallace during the highly volatile 1968 presidential campaign.

While Swift was by no means the only celebrity to express outrage at the President’s provocative comments, she might be the one with the most active group of followers. Swift has 86.2 million followers on Twitter, and a fanbase of “Swifties” that has a reputation for rallying behind the singer-songwriter and her calls to action. Already her Friday morning post is her most liked Tweet ever, and has been retweeted over 390,000 times by Saturday morning.

But it might be what her followers do in November that will make the biggest difference.

In 2016, Swift famously stayed silent on the presidential election between President Trump and Hillary Clinton, and many people felt like her lack of an endorsement was a missed opportunity to motivate her fans to get out to vote for the Democratic candidate. In an interview inVogue this past August, Swift addressed the decision to not make an endorsement. “Unfortunately, in the 2016 election, you had a political opponent [Trump] who was weaponizing the idea of the celebrity endorsement," Swift told Vogue. "He was going around saying, ‘I’m a man of the people. I’m for you. I care about you.’ I just knew I wasn’t going to help." 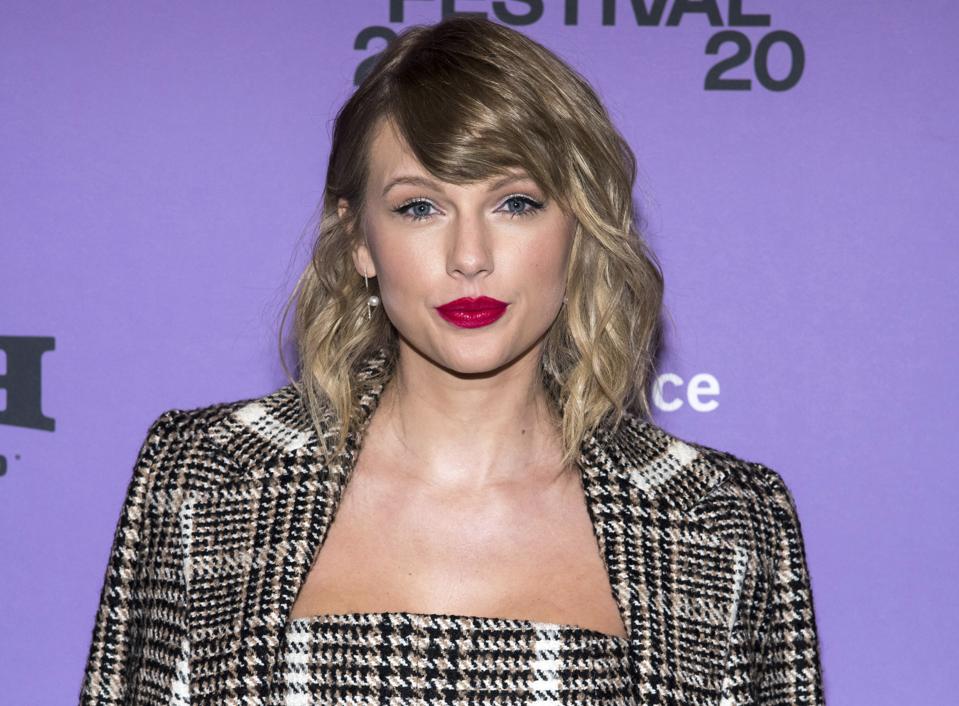 Over the past four years, Swift has slowly increased the volume of her political perspectives, speaking out more frequently on social matters such as LGBTQ inclusion and gender discrimination. And in 2018, she shifted gears entirely and decided to speak out about the 2018 midterm election in Tennessee, encouraging fans to vote for Tennessee Democratic Senate candidate Phil Bredesen and House of Representative candidate Jim Cooper (Bredesen lost and Cooper won). In her 2020 Netflix documentary Miss Americana, Swift explained her change in attitude about endorsements. “I’m sad that I didn’t [speak out] two years ago, but I can’t change that,” Swift says in an allusion to the 2016 election. “I’m saying right now, that this is something that I know is right, and you guys, I need to be on the right side of history.”

As America faces a suffocating pandemic, soaring unemployment, and heightened racial tensions, the 2020 presidential election is shaping up to be one of most historically consequential elections in the nation’s history. And if her Tweet on Friday is any indication, Swift does not appear to plan to sit on the sidelines.

Her decision could have enormous political consequences. Polls suggest President Trump is already struggling with winning over white women voters, a key part of the coalition that elected him in 2016. And in a time when voter turnout, especially amidst the coronavirus pandemic, will be critical, mobilizing a base of younger and first-time voters will be crucial to Democratic candidate Joe Biden’s efforts to unseat the President. Taylor Swift’s fanbase, which encompasses both of those groups, will therefore be key to the outcome of the 2020 election.

In tweeting “we will vote you out in November,” Swift has launched a new rallying cry for an adoring fanbase that sees Swift as more than just a musician, but as a voice of her, and consequently their, generation. If those fans listen to her words about Trump as much as they listen to her music, that could foreshadow very bad things for the President this fall.

Indeed, while Swift’s most recent album is “Lover,” it might actually be the words of her 2017 hit single that ring most relevant about the singer-songwriter’s plans for 2020:

“Look what you made me do.”

As the founder of Applied Optimism, a business and community design lab, I help leaders of all types catalyze the shared purpose, knowledge, and wonder of their customers

Continue my mom and my phone died for me and my

I love the lady

This is serious ooo baby alot

She is a person who says the truth

Even at the inside it is well there

U do say the truth

Taylor Swift could do a great damage to the political ambition of many people.

All she said are really truth

Taylor Swift is out

Thanks so much my brother and his is the deposit

People who will succeed in business Read More

Do You have BVN with any Nigeria Banks? Read this Message Read More