China is falling in gender equality rankings amid discrimination, government calls for women to marry and have babies.

Beijing, China -  Zhang Nuannuan kicked with such force from inside her mother’s womb that her relatives were certain she was a boy.

When the doctors announced the birth of a healthy baby girl, her father was so angry he went on a three-day bender.

Under China’s One Child Policy, the family had no choice but to funnel their hopes and financial resources into their only child, but as Zhang grew older and it became apparent that she was intelligent, funny and capable, her father warmed to his daughter.

Eventually he agreed to fund her university education.

“He started to like me even though I was a girl,” said Zhang, who was born in 1990 and studies film in Beijing. “He said, ‘She’s one of the good ones, not like the rest.’”

The now-defunct policy has been widely criticised for a host of problems including gender selective and forced abortions, and the creation of a dangerous population imbalance of an estimated 30 million “surplus” men.

Less discussed is the unintended boost it has given to gender equality in China: Zhang and other women born between 1990 and 1992 account for 50 percent of students in higher education, according to data released by the national Bureau of Statistics in 2017. Before the One Child Policy, it was roughly 30 percent.

Much of this can be attributed to a lack of male siblings, according to Jing Jiali, a professor of sociology at Beijing Foreign Studies University.

“Without a male child, the family’s investment is placed on the girl,” she said. “As a result, more female students are able to benefit from tutoring, expensive extracurricular activities, and then upper education.”

Zhang agrees. With a brother, she is convinced she would never have gone to university.

“Without the one child policy, I would have been screwed,” she said bluntly.

Mao Zedong, seen on a tour of Beijing in September 1949, introduced a wave of reforms that benefitted women, but failed to address entrenched traditions. [AP Photo]

That such a draconian policy might have ultimately benefitted some women even as potentially hundreds of thousands of female infants were abandoned to die underlines the complexities of how women have fared in Communist-governed China.

In the years immediately after Mao Zedong established the People’s Republic in 1949, he banned the 1,000-year old tradition of foot-binding, outlawed arranged marriages and polygamy, launched literacy programmes to benefit women, and invited women into the work force.

Seventy years later, Chinese women contribute 41 percent of the country’s GDP (as of 2017), according to a report by Deloitte China.

But gender equality remains a distant goal, and conditions are actually worsening. For the fifth year in a row, China has slipped down the rankings of the World Economic Forum’s global gender gap index; its gender gap widening even as other countries narrow theirs.

In some areas gender discrimination is blatant.

Nearly a fifth of postings for national civil service jobs listed a requirement or preference for male candidates; a trend repeated in ads for prestigious positions in other industries too, according to a 2018 Human Rights Watch report.

A study released by online recruiter Boss Zhipin earlier this year reported that Chinese women earned 78.2 cents for every dollar paid to a man, a drop of nearly 9 percent from the year before.

When Zhao Yilin, 29, applied for a job at a tech company in Beijing several years ago, one of the interviewing managers asked whether she expected to have children, noting that the job would require travelling.

“I knew I could do the job regardless of whether I planned to have kids, so it didn’t seem fair,” Zhao said. “In the end, I was honest. I said we planned to have children in the next few years.” She didn’t get the job.

According to an official party survey released in 2017, 54 percent of Chinese women report similar experiences in job interviews.

In the same year online recruiter Zhilian Zhaopin found that instances of “severe” sex discrimination spiked for women when they were between 25 and 35; the years in which women are most likely to start a family.

And it doesn’t get easier as women get older. At 50, the mandated retirement age for women in come industries is ten years earlier than for men, making it difficult for them to advance, and leaving them with little retirement income.

Nowhere is the gender gap more apparent than in politics. In 70 years, no woman has ever been appointed to the country’s highest governing body, the Politburo Standing Committee. Among the wider 25-person Politburo, only one woman is included, and of 31 provincial-level governments, not one is led by a woman.

Members of a neighbourhood watch committee at the entrance of one of Beijing’s “hutong” alleys. [Kelly Dawson/Al Jazeera]

Some scholars have suggested that China’s opening up has itself been detrimental to women—but the reality is that Mao’s reforms failed to address entrenched beliefs about women's place in society, according to H. Faye Xiao, associate professor and chair of the East Asian Languages and Cultures programme at the University of Kansas.

“The state-mandated definition of work only means moving women outside the domestic realm, not men retreating inside to do ‘women’s work’,” Xiao told Al Jazeera. “This unequal gendered division of labour was not seriously questioned, which left a certain room for the return of male centrism in post-Mao China.”

In recent years, government relations with women’s rights groups have soured, with high-profile arrests of feminist activists and limits placed on the work of civil society. Online censorship of women’s topics has also increased.

Experts say that deterioration is tied to government efforts to stimulate a baby boom, motivated by growing concern about the economic impact of China’s ageing population and the low birthrate despite the introduction of the Two-Child Policy in 2015.

Rebecca Karl, a history professor at NYU with a focus on China, said that that “economic imperative” first emerged after the global financial crisis of 2008, and the government has since promoted messaging designed to “coerce women to return to the home so as to free up remaining employment for men,” she said.

Earlier this year President Xi Jinping called on women to “shoulder the responsibilities of taking care of the old and young.”

This shift is largely responsible for the drop in China’s gender index, Karl said. “Coming on the heels of a steady decline since the 1980s in women’s economic, social, and political positions — at all levels of the social structure — the po

st-2008 decline has been particularly precipitous.”

The shift has been accompanied by a pronounced change in the way state media describe women in the public eye, Beijing Foreign Studies University’s Jing told Al Jazeera; an idealisation of what she calls “middle class female domesticity” and a growing emphasis on appearance.

In the past the focus would have been a woman’s achievements, Jing said. Today, it’s not uncommon to see phrasing like “the beautiful athlete” or “attractive official” when describing successful women.

Nevertheless, activism has produced some change, from China’s first anti-domestic violence law in 2015 to improvements to the gender ratio of public toilets.

China’s own #MeToo hashtag also inspired a number of women to come forward publicly in 2018 with stories of sexual assault on university campuses and elsewhere—leading to the dismissal of several high-profile academics.

Lü Pin, who left her job at a state-funded women’s newspaper in the 1990s to become an activist, sees such wins as reasons for optimism.

“I’m not positive about our government, but women themselves make me hopeful,” she said.

“Women always find ways to resist—especially the new generation. They’re more aware than any generation before them. We just need time.” 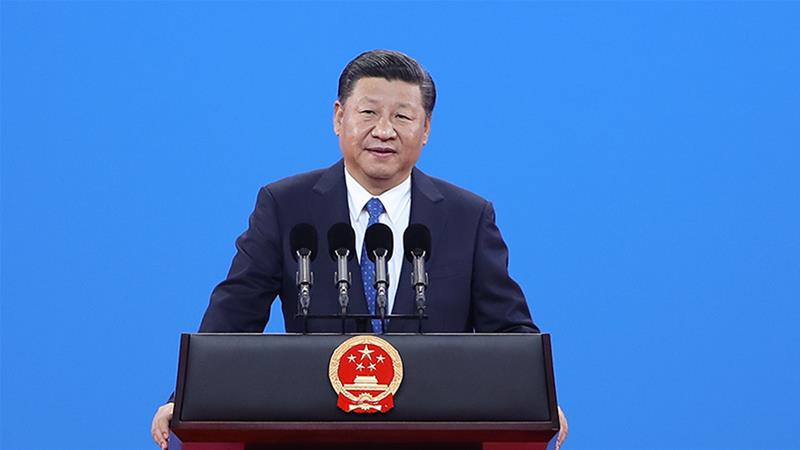 Tattoos in Japan: Why they're so tied to the yakuza