Mrs. Abiola Seriki-Ayeni disclosed this during the second and third phase of the massive monitoring of private schools compliance to the directive. 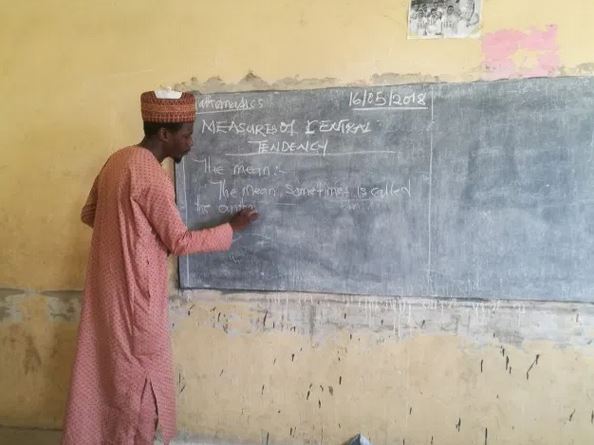 Daily Post reports that no less than ten private schools have been put under lock by the Lagos State Government for flouting the closure order to prevent the spread of coronavirus, especially among the students.

The Director-General, Office of Education Quality Assurance, Lagos State, Mrs. Abiola Seriki-Ayeni, who led the Monitoring and Investigation team of the office, disclosed this during the second and third phase of the massive monitoring of private schools compliance to the directive.

According to her, a large number of private schools visited across the state were found to have complied, but those who did not comply were sealed.

She said they were holding lessons for their teeming students within the school premises, disregarding the social distancing order, explaining that the exercise would continue across all the education districts in the state to make sure all schools comply with the government order and discourage the nonchalant attitude of some schools to the directive.

The Director-General, who earlier warned of the danger inherent in the exposure and clustering of students in a class in the name of lessons, strictly reiterated that any school where teaching and learning is ongoing while trying to beat government scrutiny without concern for the health and safety of learners would be sealed.

While admonishing parents and school owners, Seriki-Ayeni encouraged them to abide by the directive of the Lagos State Government to stay safe and healthy by promoting washing of hands with soap, wearing of masks in public places and using alcohol-based hand sanitizer.

“This is a unique time in the entire world, therefore, it is only the living that learns.”

She pleaded with them to embrace the norm of online schooling as she advised parents not to be found guilty for exposing the lives of their children to danger.

She encouraged school owners to begin the process of thinking through the opportunities that exist at this time to up-skill their staff through virtual training and webinars.

She said: “This is the time to think and plan strategically to form good partnerships with the government in order to get resources for your schools.”

That's our problem in Nigeria..law breakers

Is unfair na way all that

Na so eh go be na

Disobeyed FG other why now?

It's good to obey laws and orders...

That is good for them.